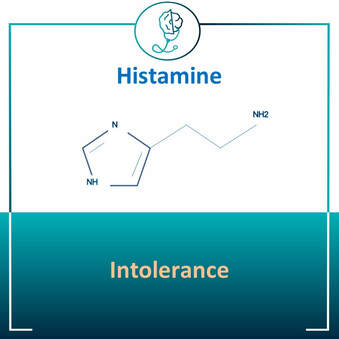 It was first described more than 60 years ago but only recently started to be more noted and looked into.⁣

In 2011 the 𝘌𝘶𝘳𝘰𝘱𝘦𝘢𝘯 𝘍𝘰𝘰𝘥 𝘚𝘢𝘧𝘦𝘵𝘺 𝘈𝘨𝘦𝘯𝘤𝘺 raised concerns regarding the high levels of amines (histamine included) present in foods bought in supermarkets, which might be considered a health risk.⁣

Symptoms can happen due to either deficiency of the enzymes that degrade histamine or medication, leading to decreased enzymatic activity.⁣

The main symptoms depend on the organs affected⁣

The best way to reduce symptoms is by either reducing or stopping eating foods containing histamine or taking antihistamines.⁣

The use of DAO (Diamine Oxidase) supplements is still debatable.